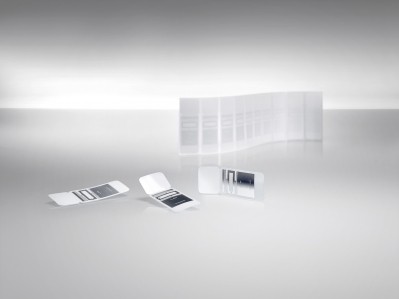 Smartrac has launched the Midas FlagTag, an RFID (radio-frequency identification) tag for consumer food and beverage goods and industrial components with metallic, plastic and cardboard surfaces. 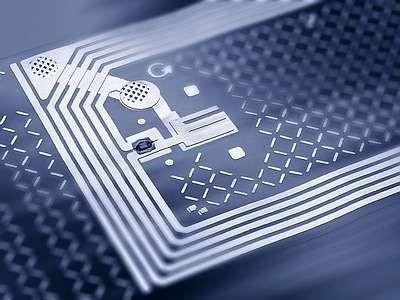 The trend towards greener packaging that is more easily recycled
could boost sales of radio frequency identification (RFID)
technology, a global trade association has suggested.

The Metro Group has upped the ante in Europe's move toward using
radio frequency identification (RFID) technology, completing the
roll out of its use to 180 additional stores and warehouses in
Germany.

NEC Corporation claims to have developed what it is calling the
world's first radio frequency identification (RFID) device that can
both read and write tag data on multiple frequencies.

RFID standard to be incorporated in cargo seals

Six companies will incorporate a new international standard for
shipping seals that use radio frequency identification (RFID) to
warn when a cargo's contents have been breached.

RFID innovation has blue cheese in its sights

Radio frequency identification (RFID) has now been adapted to track
Spanish blue cheese as it travels along the food chain.

More companies are realising that radio frequency identification
(RFID) can be used to streamline operations beyond supply chain
management, according to a new survey by ABI research.

Crown and QinetiQ are jointly developing radio-frequency
identification (RFID) tracking that willturn metal packaging into
an antenna and help reduce the costs of using the technology.

NEC System Technologies has developed a radio frequency
identification device that can read and write to a variety of tags
using different standards.

A liquid dispensing system with a radio frequency identification
(RFID) tag allows food and beverage companies to cost-effectively
manage the safety and reliability of their products during
processing, its manufacturer claims.

The Age of Consent for RFID

The image of secret radio chips planted inside the home from larder
to bathroom, transmitting data freely to Corporation Inc, is enough
to curl the toes of more than anti-capitalism activists.

Despite the protestations of suppliers, the cost of passive tags
used for radio frequency identification (RFID) will not fall as low
as 5 cents per unit, and is more likely to be at the 16 cent level,
according to a recently published...

Zebra Technologies has launched the R110Xi RFID printer/encoder,
which it claims is the first printer available with fully
integrated support for Class 0 (read only) and Matrics Class 0+
(read/write) smart labels.

InfoLogix has launched one of the first available wireless,
full-function, RFID computer. This intelligent device enables RFID
automation throughout the supply chain, including optimisation of
RFID read/write applications on forklifts,...

How manufacturers can benefit from RFID

As companies move toward complying with RFID mandates, the real
value has been lost in the rush, claims research group Aberdeen. Mandates
issued by retail giants such as Wal-Mart are forcing the industry
to meet some very aggressive...

RFID: No such thing as low risk

A research analyst claims that no RFID service provider can be
considered low risk' due to the general lack of experience in this
early stage of development of the technology - plant operators
beware.

RFID has arrived. Long hailed as the next IT revolution for
industry, communicating labels are being forced into place by
retailers and legislators alike, leaving manufacturers racing to
implement a newborn technology steeped in unknowns,...

RFID in the snack supply chain

Supply chain management is becoming increasingly important in
efficient food production. A pilot project developed by Microsoft
Business Solutions and KiMs, a Danish snack manufacturer, is a good
example of how technology, especially...