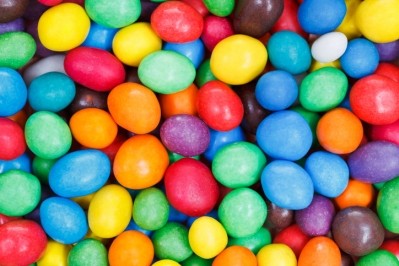 Confectionery in Asia is increasingly taking up the clean label challenge, as consumers seek out better-for-you indulgence products. 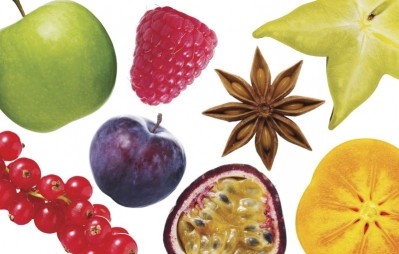 Ingredient supplier Chr. Hansen says it has stepped up efforts to support food and drink manufacturers in making the switch to the 'next generation' of natural colours by expanding its range of colouring foodstuffs.

Chr Hansen is exploring ways of stabilising the supply of cochineal, the raw material used to make natural red colour carmine, as demand for the South American insect is outstripping supply.

Chr Hansen has developed a new natural white colour from calcium carbonate, which it claims is the first non-chemical alternative to titanium dioxide available to coated confectionery and chewing gum manufacturers.

The cottage cheese industry is turning back to direct vat cultures
rather than the cheaper bulk starter method which replaced it as
costs are reduced, according to Chr Hansen.

Chr Hansen has introduced a new probiotic mix for children, which
the firm is marketing in an easy-to-use format that can be added
directly to foods and drinks as a dietary supplement.

Chr Hansen is adding a new culture to its SafePro range aimed at
countering the threat of listeria in foods, this time targeted at
killing listeria in ready-to-eat products.

A cheese containing a Chr Hansen probiotic has been launched in
Italy, a move which reinforces the growing trend for
companies to use probiotics outside of the traditional yoghurt pot.

Chr Hansen has launched a new line of spray-dried dairy flavors in
the US, which the firm claims provide some of its most successful
flavors in a more convenient application form.

Chr Hansen is introducing two new starter cultures for dry and
semi-dry fermented sausages, intended to deliver good flavour even
when products are produced with an eye on health and
sustainability.

Chr Hansen has sold its paprika business activities and production
facilities in Spain and India to allow it to focus on value-added
activities, the company announced on Thursday.

Chr Hansen has teamed up with researchers from Denmark and Japan in
an effort understand the genetic make-up of bacteria and see
whether this knowledge can be used to improve probiotic food
products.

Chr Hansen has announced plans to divest its coatings and
excipients business in order to focus on core activities in
cultures, enzymes, natural colours and flavours.

European ingredients firm Chr Hansen has launched a new meat lab in
the US, designed to allow for the on-site trials of flavors and
seasonings in packaged meat goods.

Chr. Hansen has developed six new cultures that it claims can offer
yoghurt manufacturers up to 20 per cent more texture.

Chr. Hansen has sold its speciality sweetener division to American
Sugar Refining as part of its US refocusing strategy.

Chr Hansen will get a chance to underline its increasing
involvement in the dairy sector at the upcoming 2006 International
Cheese Technology Exposition.

Chr Hansen is enjoying success in the Italian cultures market,
bucking the general trend of slow growth and stagnation.

Chr Hansen's latest Magical Sensory Tour is designed to bring
innovative products to customers and underline the company's ethos
that ingredients can be fun and imaginative.

The firm will focus on new technologies for dairy, beverages and
prepared food at the WWFE expo next month, showing exactly where
the industry is targeting its resources.

Danish company Chr Hansen has shored up its lead in the dairy
cultures business after doubling capacity at its plant in France,
now said to be the world's largest.

A line of wine extracts from Chr Hansen could help US food
manufacturers cut costs and improve the health profile of their
products, writes Anthony Fletcher.

Chr Hansen last week launched an ingredient aimed at meat producers
whose foods suffer from a lack of flavor after functional blends
and water are added to optimize their recipes, writes Philippa
Nuttall.

FoodProductionDaily.com caught up with Chr Hansen in Prague
at the beginning of a five-week marketing odyssey designed to bring
the company closer to the emerging markets of Eastern Europe.

Chr Hansen plans to use this year's Cheese Industry Conference to
showcase the technology that it believes can improve production for
high volume manufacturers, Philippa Nuttall reports.

Danish ingredients giant Chr Hansen is about to launch an intensive
research and marketing campaign across Eastern Europe to learn more
about local taste preferences and beat the opposition to one of the
world's most promising...

Number one natural colours firm Chr Hansen makes inroads into the
lucrative Chinese market, this week unveiling a new food colour
factory to meet a rise in local demand, and marking the first step
in a raft of investments in the region.

Number one cultures supplier Chr. Hansen is up for sale as its
major stakeholder decides to pull away from the ingredients slice
of the company to focus on the pharmaceutical unit. The move will
make the company's still growing...

Chr Hansen's full year results reveal that the continued growth of
the China market is helping the ingredients company to fight off
the problem of increasing costs.

Ongoing growth in cultures sales to the dairy industry and health
markets helped the Danish ingredients firm Chr Hansen post a modest
rise in revenue for the food ingredients division in the first six
months. Organic growth for the...

Chr Hansen has developed a new form of natural colour that the
company claims will allow manufacturers of confectionery to create
the perfect black.