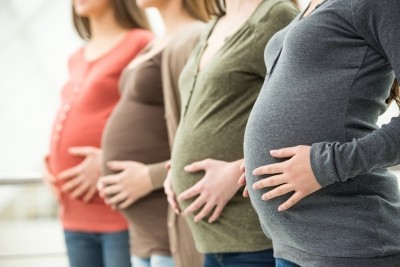 Croatian supplier of probiotic chocolates Milsing has added a prenatal product to its range of supplements, a move which follows investment from several big players in pregnancy probiotics.

Look at the globe and you’d be hard pressed to find two countries further apart than Ireland and New Zealand. But they stand side-by-side on the folic acid fortification issue – it is not needed.

Concerns over folic acid promoting embryos in the womb with
genotypes that increase the risk of disease in the offspring may be
unfounded, according to new research.

The choice of flavour may be key to consumer acceptance of folic
acid fortified yoghurts and other dairy, suggests a new study from
the US.

Fresh concerns over links between folic acid and cancer have forced
the UK government to delay its decision over enforcing mandatory
fortification of bread with the vitamin.

A new study presented today has revealed that variations in
recommended daily allowances for folic acid across the EU are
causing confusion for consumers.

Adding folic acid to bread could help fight depression, according
to new research by the University of York and Hull York Medical
School.

Following debate by the Food Standards Agency (FSA) yesterday, the
baking industry has raised further concerns over recommendations
that folic acid be added to either flour or bread.

A UK food safety panel is recommending that the mandatory addition
of folic acid should be made at the milling stage rather than at
the manufacturing stage, shifting the cost burden to suppliers.

The decision by the UK's Food Standards Agency to recommend
mandatory fortification of either bread or flour with folic acid
has met with a positive response, both from the bakery industry and
medical researchers.

Opinion remains divided over plans by Food Standards Australia New
Zealand (FSANZ) for the mandatory fortification of bread with folic
acid, following the publication of a new paper on the issue.

The UK's Food Standards Agency has launched a final consultation
into mandatory fortification of flour with folic acid - an action
that coincides with publication of the SACN recommendation to press
ahead with the measure.

Folic acid: Sisters aren't doing it for themselves

When the idea of fortifying staple foods with vital nutrients is
raised, the battlecry goes up from industry groups and advocates of
consumer choice: "Why should we bear the costs?" "Educate, and
let people make their...

Folate fortification may not be enough for mothers, says study

Despite the introduction of mandatory folic acid fortification of
grains as much as a third of women of childbearing age are not
getting the recommended amounts, says a study from Canada.

The debate over folic acid fortification of bread took a new turn
this week, thanks to a study from Sweden which suggests that low
folate levels may guard against colorectal cancer.

The majority of Malaysian women lack folate in their diets, raising
their risk of having children with birth defects, says an
independent study sponsored by dairy group Fonterra.

Fortifying milk with folic acid offers an accessible source of the
vitamin, report Dutch researchers who tested bioavailability of the
nutrient in a clinical trial.

Breakfast cereals fortified with folic acid and other B vitamins
could help consumers protect against heart disease by lowering
levels of homocysteine, suggests new research. The amino acid
homocysteine is increasingly accepted as...

Evidence continues to mount suggesting a link between various
stages of depression and low blood levels of the B vitamin folate,
according to research funded by the Agricultural Research Service
in the US.