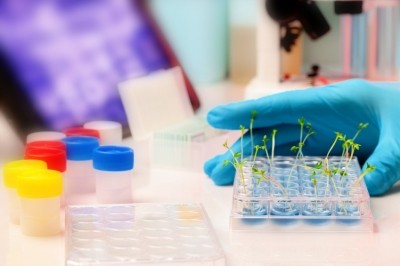 MEPs oppose GM approvals but Commission will have the final say

EU member states yesterday voted against the introduction and renewal of GM grains in Europe but failed to reach a binding majority, leaving the president of the Commission Jean-Claude Juncker to make the final decision.

A federal appeals court in San Francisco has overturned a previous ruling to destroy genetically modified (GM) sugar beets, ruling in favor of Monsanto and the US Department of Agriculture (USDA).

Changing the tune on GM

The GM debate at times seems much like the Hokey Cokey (or Pokey, if you’re US-based). There’s been a lot of putting in, some putting out, and quite a lot of shaking things all about, but as of yet, there hasn’t really been a turnaround and definitely...

Food industry voices are joining those of politicians in the GM debate, hailing the controversial technology as the answer to the food supply crisis. But the hearts and minds of consumers must still be won.

The present food supply crisis would be worse if it were not for
commercial cultivation of genetically modified (GM) crops over the
last 12 years, claims a new economic report.

Time for an organic-GM peace treaty

The war between the GM and organic movements has been bitterly fought. However in the midst of a global food crisis the time has come for these old enemies to bury their differences and concentrate on the benefits an alliance may bring.

The European Commission remains cautious over genetically modified
organisms (GMOs), returning to its safety advisors for a third time
for a verdict on three biotech products.

The first ever Australian field trials of genetically modified
wheat will take place in Victoria this year, as the government aims
to fight possible food shortages caused by drought.

Low fat ice cream made using a GM yeast moved closer to being
approved for the European market, as the FSA published its draft
opinion on Unilever technology under novel foods regulation.

The truth is out there, in the middle ground

Food can polarise opinion more than most issues, but can we please
have some balance and debate, rather than mudslinging and crop
burning to get to the truth?

Two thirds of Russians are against genetically modified foods and
the majority of experts support a ban on GM crops as the government
prepares new production laws, reports Chris Mercer.

GM ingredients are here to stay as Brussels confirms 'full
confidence' in the regulatory framework that controls the entry of
biotech foodstuffs into the European food chain, reports Lindsey
Partos.

With the countdown extended, talks continue this week in Geneva
between the US and Brussels to move the entrenched trade dispute on
genetically modified organisms forward.

Brussels addresses the issue of consumer cynicism and fear of
agricultural biotechnology in European citizens, setting up a
thematic network on the safety risk assessment of genetically
modified food crops, the Entransfood project,...

European environment ministers failed to back a proposal to bring a
GM food crop designed by US biotech giant Monsanto onto the EU
market.

A third source of GM ingredients could soon be cleared by Europe as
officials meet to discuss to clear approval for a corn designed by
biotech giant Monsanto.

Law makers, consumer groups and industry continue to clash over the
use of GM ingredients in the European food chain, but a major
UK-based food science body asserts this week that genetic
modification has the potential to offer strong...

After months of political wranglings GM sweetcorn could be on the
supermarket shelves by the end of the year with the European
Commission poised to end the five year unofficial ban on
genetically modified foods, writes Lindsey Partos.

Favourable news for the pro-GM camp as a team of British scientists
claims that genetically modified (GM) maize is less damaging to
wildlife than conventional varieties. At the same time, leading UK
organisations call on Tony Blair...

GM beer to hit the shelves

A brewer in Sweden is facing the GM debate head on. The company
claims to have launched the first food product to use genetic
modification as a marketing tool.