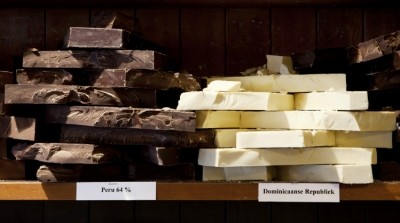 Producers from cocoa-growing regions in South America and the Caribbean are considering a proposal from Peru’s trade group at a conference this week in Colombia. 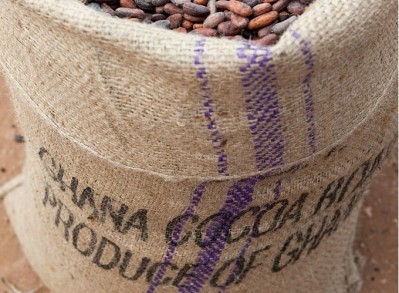 The Standard Bank Group, Africa’s biggest lender by assets, sent 17 members as part of an immersion program to discuss opportunities for growth in the Ghanian cocoa sector.

Singapore-based firm Petra Foods has forecast that sales in its cocoa ingredients division will decline after revenues fell in its first quarter (Q1) results provoked by cheaper cocoa bean prices.

Caobisco has announced its support for Environmental Justice Foundation’s (EJF’s) call for a global ban on Endosulfan, an insecticide that EJF claims is “highly toxic”.

The reported purchase of 240,100 tonnes of cocoa on the London futures market by a sole trader will not impact hugely on supply to industry, as cocoa processors have already shored up bean stocks for the next four months, claims the International Cocoa...

Observer status for non-governmental organisations (NGOs) on a new cocoa industry consultative board is proving a sticking point at the UN Cocoa Conference in Geneva this week, which aims to finalise the details of a new deal related to trade in the commodity.

Chocolate makers are set to absorb yet more price rises for their key ingredient cocoa after prices crashed through the £2,000 (€2133) a tonne barrier last week.

London cocoa prices hit a 23-year high at the end of December, but emerging questions about consumer demand could see prices fall in 2009, according to the International Cocoa Organisation (ICCO).

Troubles for West African cocoa supplies look set to continue following reports that the harmattan, a harsh, crop-damaging wind, has begun to sweep in from the Sahara.

Prices for cocoa continue to tumble compounded by the global financial crisis, offering further relief in costs for confectioners.

Cocobod, the cocoa regulator for Ghana, has raised the fixed price it pays to farmers, a move that may not directly impact cocoa processors and buyers but could ultimately result in upward pressure on prices.

Four hybrid cocoa species developed in Ghana to have improved
resistance to pest damage during storage have similar nutritional
properties to conventional cocoa, says a study that topples a
barrier to commercial trade.

The price of cocoa continued to hit record highs on the stock
market in January, increasing by an average 4.6 per cent on the
London and New York stock exchanges.

The Ghanaian cocoa board is planning to significantly step up cocoa
production in the country over the next three years in a nationwide
shake-up of how the crop is farmed, according to press reports.

The price of cocoa is still on the up; Thorntons reports strong
sales over the winter season; and Dunkin' Donuts teams up with Mars
for a new 'chocolaty' product range.

The Vietnamese government estimates its overall cocoa crop will
reach 45,000 tonnes by 2015, aiming to make the catch the attention
of chocolate manufacturers around the world, according to Reuters.

Fairtrade chocolate sales on the up this Xmas

Sales of the Divine brand fair-trade chocolate are set to increase
15 per cent over the holiday season, suggesting that consumers
extend the season of goodwill to cocoa farmers around the world, as
well as their own families.

Indonesia is expecting an increase in the country's cocoa
production, despite recent poor crops, according to local news
media.

The Ghanaian government is continuing its investigation into labour
practices in the country's cocoa industry with the publication of a
report into child labour.

The anticipated drop in cocoa production this year has prompted US
flavor firm David Michael to renew a marketing push for its line of
cocoa extenders, which claim to help manufacturers cut costs.

Members of the World Cocoa Foundation have extended their five-year
plan to help 150,000 cocoa farming families in Ghana and the Ivory
Coast – protecting the supply chain and ensuring ethical practices
are in place.

A cure for cocoa?

The discovery of factors that help the cacao plant resist diseases
could eventually lead to a price drop for cocoa, scientists claim.

The Malaysian cocoa board expects 2005 to set a new record for
cocoa exports, exceeding RM 2 billion ($530 million), thanks to
increased global consumption and access to new markets.