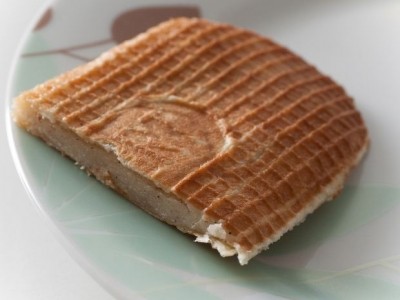 Trans Fats: A Farewell to Harm

There's no way but out for heart-damaging trans fatty acids, and
procrastinators in the food industry will achieve nothing by
delaying reformulation other than lagging behind in the game as the
rest of the world waves goodbye.

Novozymes' enzymatic interesterification process has been
recognised as one of six Technologies of the Year for 2005.

Trans fatty acids could 'modestly' increase the risk of gallstone
disease, say US researchers, providing yet more evidence to
encourage food makers to remove these fats from food formulations.

Reflecting the booming market for trans fatty acid alternatives,
speciality oil supplier ADM ramps up production of its zero/low
trans-fat oils and margarines, for the second time in a year,
Lindsey Partos reports.

The battle for market share in the growing zero trans fats oil
marketplace has gathered pace after a small US co-operative joined
the large commercial players by rolling out its first batch of
trans fat-free soybean oil.

A new canola oil created by Dow AgroSciences and sourced from a
seed with a low saturated fat content could be the latest
alternative for biscuit and confectionery manufacturers looking to
eliminate trans fatty acids from their products.

Ahead of new rules on the labelling of trans fatty acids in the US
due in 2006, biotech group Monsanto has designed low-linolenic
soybeans that can make a soybean oil for food firms looking to
eliminate trans fats in food formulations.

US agri-giant Archer Daniels Midland (ADM) has stepped up
production of its trans-fat alternatives driven by increasing
market demand - and before new labelling rules come into force.

Trans fats on the way out?

Last year Denmark became the first country in the world to ban
trans fats from food products over fears these hydrogenated fats
could contribute to heart disease. While the EU has yet to reach a
position on the labelling of these...

Pressure on food manufacturers to remove artery-clogging trans fats
linked to heart disease from foods continues in the US and Europe.
In response to increasing demand and imminent labelling rules in
the US, food ingredients players...

Increasing consumer awareness linking high consumption of trans
fatty acids to a rise in the risk of coronary heart disease is
driving the market for alternative ingredients.