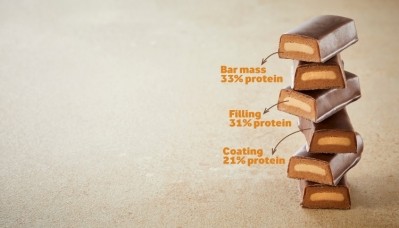 Arla Foods Ingredients (AFI) has developed a plug and play solution – meaning it can be used as is or within a recipe – to helps snack producers create bars with a high protein content in every layer. 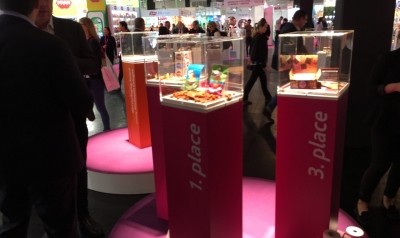 Dispatches from ISM in Cologne

The International Sweets and Biscuit Fair (ISM) has announced the top three innovations at this year’s show in Cologne, Germany. 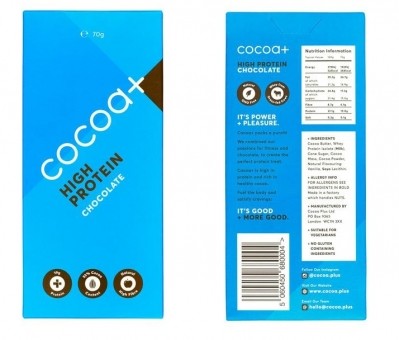 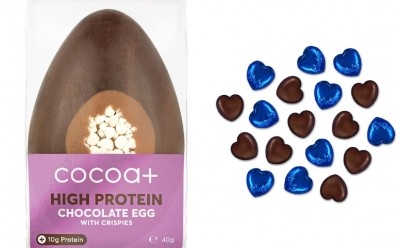 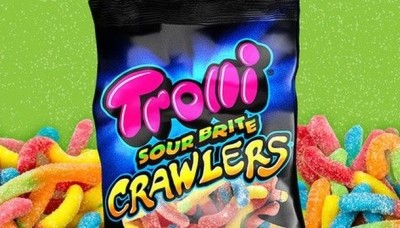 Back to the Future? Ferrara engages millennials in the confectionery aisle with focus on gummy, chewy, spicy, and sour

While we’re often told that millennials are rejecting the brands their parents grew up with, the same rules don’t necessarily apply in the candy aisle, notes the CEO of Ferrara Candy Co (est. 1908), who says millennials and Gen Z-ers are driving the double-digit... 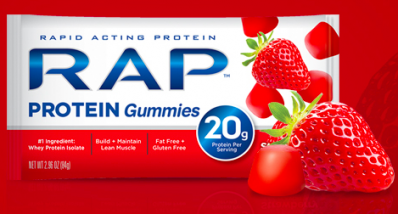 Protein fortification continues to be a hot topic, with high protein forms of shakes and other beverages, nutrition bars, cereals and other foods crowding the market.  Now startup company Rap Protein LLC has expanded the idea into a new area with the... 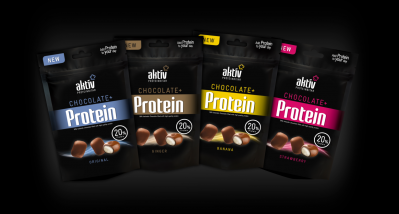 The booming protein market is starting to move beyond hardcore bodybuilders, according to Iceland’s premier chocolate producer.

A combination of pectin and fibrils of ovalbumin may offer interesting and innovative encapsulation materials for formulators as protection for sensitive ingredients like flavours, says a new study.

Whey coating of dried strawberries could extend use: Study

A new study suggests that coating freeze dried strawberry pieces with whey protein, glycerol and lactose can help reserve texture when they are rehydrated, thereby making them suitable for use in a broader range of moist and liquid applications.

While the availability of whey and lactose products continue to climb during 2008, price volatility has managed to hamper hikes in profitability of the segment as manufacturers hunt for cheaper ingredients, says a new report.

The dairy derivative industry - namely that for whey protein -
looks set to profit from the functional beverage trend as
manufacturers say they have seen a surge in demand.

Freisland Foods Domo and Nandi Protiens are introducing a new range
of whey protein concentrates for low-fat yoghurt and other food
categories - the fruit of a partnership to leverage new protein
technology to quickly meet new market...

22-Nov-2006 By Anthony Fletcher in Frankfurt

The growing popularity of whey protein is creating new
opportunities - though relatively low consumer recognition must
still be overcome.

Canadian researchers are looking into the effects of gelling of
whey protein isolates with xanthan gum in concentrations well below
that usually reported, and have already filed for a patent on the
technique.

Irish dairy ingredients firm Glanbia is building a presence in the
Chinese market with its expertise in heat-stable proteins.

Modification of whey protein concentrates with high phospholipid
proportions could turn standard emulsifiers into functional health
promoting ingredients, results that could have important
implications for the food industry.

Innovative dairy ingredients are increasingly being used in
nutritional-focused applications and are showing significant growth
rates according to a new study.

Irish dairy group Glanbia has begun construction of a new cheese
and whey manufacturing facility expected to generate sales of
around $350 million per annum when completed next year.

Perceptions of whey products as more than a milk powder substitute
changing, according to a new report from market analysts Zenith
International.