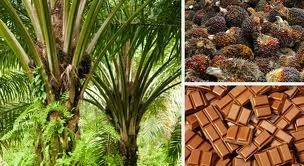 The Indonesian Palm Oil Association (GAPKI) has withdrawn from the Roundtable on Sustainable Palm Oil (RSPO), which currently offers the only international audit scheme for producers of certified sustainable palm oil (CSPO).

A call from the Netherlands to end European import duty on sustainably produced palm oil has been welcomed by the Roundtable on Sustainable Palm Oil (RSPO). The proposal is designed to encourage the uptake of sustainable palm oil by offsetting some of...

The first one million hectares of certified land for sustainable palm production marks ‘a turning point’ for industry, according to the Roundtable on Sustainable Palm Oil (RSPO). 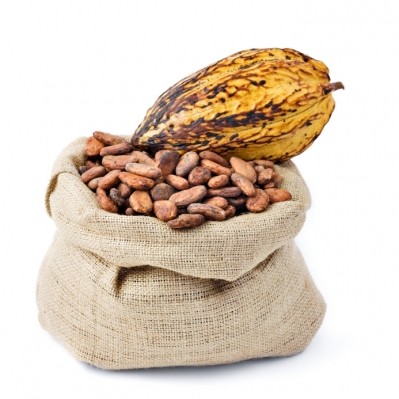 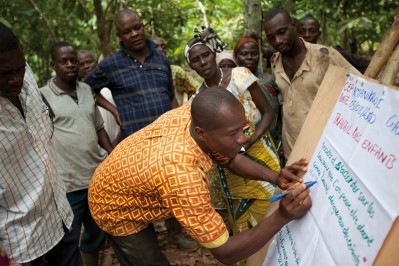 Cargill in bid to boost sustainable cocoa in Cameroon 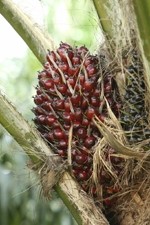 Cargill has upped the ante in the sustainable palm oil stakes with a commitment that all palm oil products (excluding palm kernel oil products) it supplies to Europe, the US, Canada, Australia and New Zealand will be certified by the Roundtable on Sustainable...

General Mills has awarded a $200,000 grant to researchers at the University of California-Davis to help create a more sustainable vanilla supply.

Cargill has appointed a specialist team to drive forward its work on the production and supply of sustainable cocoa.

Cargill has received the first ever shipment of UTZ cocoa in North America, a move which will be followed by other sustainable cocoa developments in the region, said the certifying body, as momentum gathers in the US market.

In recent years there has been an ongoing war of words between industry players from different packaging formats over which has the lightest carbon footprint.

Cocoa farming has been a contributor to deforestation and degradation in West Africa due to limited fertilizer use as well as outdated crop husbandry methods, claim two research groups in a newly published study in Environmental Management.

Comments made by the Nestlé chair that child labour is “almost impossible” to stop, contradicts the company’s commitments to ending child exploitation in Africa, said the IUF, a global trade union representing food workers.

Sustainability skills can give you an edge in the job market

Specific sustainability jobs may be rare in the food industry but gaining environmental expertise can give professionals an edge in an increasingly competitive job market.

Industrial chocolate supplier, Blommer Chocolate, said it is set to receive a record-breaking shipment of cocoa beans containing a large percentage of sustainably farmed and Rainforest Alliance certified cocoa, despite political turmoil in the region.

Market uptake of sustainable palm oil will need to accelerate in 2011 in order to keep up with rapidly growing production, claims the Roundtable on Sustainable Palm Oil (RSPO).

Participation in ADM’s cocoa growing certification programme - Serap - has tripled since its implementation and it has provided almost 49,000 metric tonnes of sustainable cocoa in the period, said the cocoa processor as it conducts a review of the programme...

Cargill said its planned investment of $5m over the next three years in sustainable cocoa initiatives will help address the worst forms of child labour in cocoa growing communities in the Ivory Coast and Ghana. 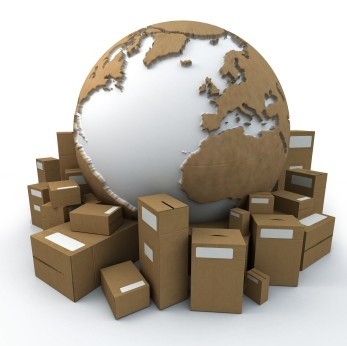 Producers must ensure packaging is more sustainable as customers remain convinced that food packing is excessive and are altering their consumption patterns as a result, warns research from Datamonitor.

Cocoa bean crop quality and yield is benefiting from a farmer training programme in the Ivory Coast, which is set to be extended to a wider number of farmer cooperatives this month, said Cargill.

Global food giants have vowed to source all their palm oil sustainably by 2015 – but consumer pressure could grease the wheels for more rapid change.

Retention of Ghana produced cocoa on the US Department of Labor’s list of goods produced by child or forced labour could hinder efforts to eliminate the practice, claims a senior politician of the major cocoa supplying country.

Kraft Foods said its premium dark chocolate range is the first to carry the Rainforest Alliance Certified seal, showing it contains cocoa from farms that meet the sustainability standard.

Quality and supply problems stand in the way of buying palm oil entirely from certified sustainable sources, according to Nutella manufacturer Ferrero.

New research from the American Dietetic Association has found a "paradoxical correlation" between obesity and food insecurity – defined as lack of access to food, or nutritionally adequate food – in young American children.

Cargill Cocoa and Chocolate is aiming to have 10,000 tonnes of UTZ-certified cocoa available for the market in 2010, as the first two Ivory Coast cooperatives achieve certification and others are expected to get there soon.

The Institute of Medicine and the National Research Council have recommended taxing high-calorie, low-nutrient food and drink in order to combat childhood obesity, in a new report released on Tuesday.

The need to maximise profit combined with a desire to help the environment have been major drivers in Kraft slashing water use in its food processing operations by more than 20 per cent in three years, the company said.

More than 100,000 suppliers to Walmart will be asked to prove their green credentials after the company unveiled plans yesterday to develop a world-wide sustainable product index.

Symrise has introduced a new manufacturing process to improve the quality, solubility and sustainability of its citrus oils for flavouring beverages, dairy and sweets.

Mars pledges sustainable cocoa only by 2020

Mars has pledged that its entire cocoa supply will be certified as sustainably produced by 2020, through a multi-year, multi-country deal forged with the Rainforest Alliance.

Representatives of the cocoa industry from across the world have agreed on a framework to achieve a sustainable cocoa economy and plan to set up a sustainability fund to help benefit producers.

The supply chain for stevia is sound and sustainable, says PureCircle, which is communicating the ethical values behind its high purity Reb-A sweetener in keeping with the natural image.

In a break from artificial gum formulations, a consortium of Mexican co-operatives have used an organic gum base as the key natural ingredient for a new biodegradable gum set to spear soaring natural and sustainable food trends.

Sustainable design at the touch of a button?

A new web-based tool can reduce the environmental impact and costs of packaging for food and beverage companies, claims Envirowise.

Gum makers must continue initiatives for a sustainable solution to gum litter, with new research finding discarded chewing gum makes up more than three-quarters of the litter found on UK streets.

The priority of the new Sustainable Consumption and Production (SCP) Roundtable is to reduce the confusing array of different labels and statements appearing on food packages but fostering agreement on scientific assessment of environmental impact.

Chocolate does not help children to grow, says EFSA

The World Cocoa Foundation is offering a guide to the cocoa industry on sustainability principles that focus on equitable profit, labour standards and environmental issues.

Efforts this month under the sustainability mantle by leading pod-to-pallet cocoa player Barry Callebaut include a 250,000 tree-planting project in Tanzania, and a tripling of grindings in Ivory Coast.

With sustainability a buzz word for today's confectionery makers, a symposium that kicked off in Ghana today will attempt to get to grips with current issues impacting sustainability in Africa's cocoa supply chain.

The UK Department of Health (DoH) says that measures taken to combat the promotion of junk food to children seem to be taking effect – at least in terms of television advertising.

Value of sustainability to be studied as emissions cuts rewarded

As the UK's Carbon Trust initiates a scheme to reward companies for genuine carbon emission reduction, a new study will determine how influential a company's sustainability image is in terms of consumers' purchasing decisions.

Sustainable cocoa production and standards were the focus of the
first meeting of a working group for the Roundtable on a
Sustainable Cocoa Economy (RSCE), organised last month by the
International Cocoa Organisation.

The Ghanaian cocoa board is planning to significantly step up cocoa
production in the country over the next three years in a nationwide
shake-up of how the crop is farmed, according to press reports.